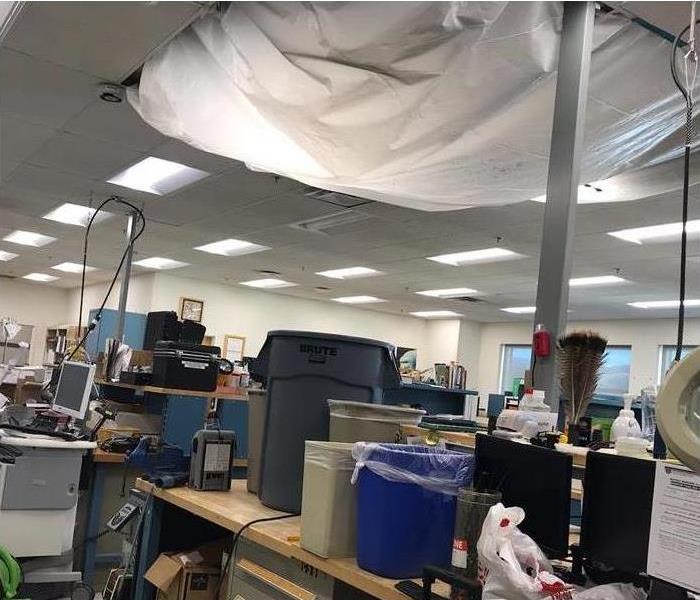 Roof damaged due to storm in Campbell, CA.

Is Storm Damage The Same As Flood Damage

There are a lot of things you probably don't want to struggle with on your property, out of everything that could be on that list, flood and storm damage are likely at the top for most people. However, this begs the question: if they're both caused by water, how do you tell them apart? Here's a quick look at the difference between the two.


Storm Damage
Regardless of where it happens in Campbell, CA, damage to property qualifies as storm damage if it was caused by one of the following:

The physical effects of a storm can usually be seen in the form of damaged shingles, a leaky roof, broken windows, holes in the wall and external house fixtures being torn away from the structure. As long as the damage wasn't caused by the overflow of a body of water during the storm, it should technically qualify as storm damage. It's important to note that earthquakes aren't typically covered in this category.


Flood Damage
Unlike a storm, damage from flooding is typically regarded as any normally dry land being covered by water that has escaped from a river, creek, lake, or other body of water. The damage is still considered flood damage whether or not it was caused naturally or by an external force even if the flood came from a canal, dam or reservoir after being modified, it still qualifies in the same category. If the damage came from a flood that was caused by inclement weather, it should still count as flooding so long as the storm itself isn't what damaged the building.
Whether you're dealing with floods or storm damage in Campbell, CA, it's important to know the difference between the two. Homeowner's insurance can be very particular about what is covered under a specific category, so speak with your agent if you're unsure what you're protected against.